Everything you need to manage your information, communication, and stakeholders. It scales with the complexity of your organization.

Trusted Family employs gold-standard best practices for securing all user information, data, and documents, to put your security at the forefront of our business.

The Trusted Family platform offers all the tools you need to manage meetings, workflows, sensitive information, and communication between family members.

Conflicts are inevitable: in every family, and in every business. It is no wonder then that multigenerational family businesses experience their own particular variety of conflict. Differences lead to conflict, and these differences can be compounded by cross-generational experience and cultural gaps. Conflict in turn leads to distrust and tension, and then to breakdowns in communication. So how can multigenerational family businesses address the conflicts and create unity, especially when transitioning leadership and responsibility from one generation to the next? Once conflict is acknowledged, a process of learning how to develop trust, reframing problems, and building an appropriate structure with associated rules and supporting tools, are all key.

A new generation brings new attitudes, particularly with regard to their approach to risk and their views on how the company should evolve, and also new energy and new ideas. This can lead to natural conflict within the company. However, most family businesses are actually programmed to avoid conflict rather than address it head on. So the company operates within a veneer of harmony, without realising that some conflict is actually natural and necessary for a successful family enterprise, and that there is a middle ground to be had. Sometimes conflict is ignored, sometimes it manifests itself as personality clashes, and sometimes it is just difficult to articulate.

The first step is to figure out how to actually acknowledge and articulate the conflicts, and understand why people are not actually bringing difficult issues to the table, and are instead avoiding tough conversations. Some questions can help unlock this, including:

If these questions are combined with an assessment of what the worst possible outcome is when articulating a conflict, then the problem actually becomes smaller because you feel more equipped to cope with whatever the outcome may be. The bigger picture is clearer and leads to a common understanding, the first step to establishing trust.

How can trust be built, and indeed be rebuilt when it has been damaged? The starting point is to acknowledge and develop an understanding of the fact that everyone is different and we all have varying needs at different times. Small actions can build trust, such as following through on promises and agreed actions. Empathy maps can be useful in engaging with other family members, and acknowledge issues that stand between you. Very often, people do not cause hurt deliberately, and an apology where appropriate can go a long way towards regaining trust. Where trust has been broken, it needs rebuilding step by step, and cannot expect to be granted overnight: it has to be earned and developed.

Some other small steps to develop trust include finding peers in your family business and freely sharing knowledge with them, trying to understand how they learn and how you can connect what you have learnt to them in a meaningful way. You can also work together with new experts and new ideas, thus developing shared frameworks and experiences.

The bridge between building trust and reframing problems can continue to grow through finding shared ground and working on new things together, looking for commonalities rather than highlighting differences. Shared interests do not always have to be directly related to work. They could be shared activities such as sport or other hobbies, or family dinners. These shared interests form a trust platform and improved relationships, within and across generations, and can carry across to the board room.

For instance, the new generation may want to take the company to an IPO, while the previous generation may oppose this, but when the conflict is articulated it becomes clear that both generations actually have a common goal: for the company to survive and succeed. Understanding the difference between a position and an interest makes it easier to set positions to the side, begin to explore the interests of the company and the individuals, and then consider the options available. This common purpose while in conflict makes it easier to overcome obstacles and reduce friction for the collective interest of the business. New projects can be worked on together to build and grow the working relationship between family members, especially across generations.

In reframing problems, tradition can be used as a connection point. On the surface, for instance, the introduction of an ecommerce platform to the business may be seen as new and scary, and cause tension and conflict, but when reframed as simply the company’s continued tradition of innovation, both old and new generations can get behind the changes, connecting the new to the traditional. Tradition is not just an anchor to the past, but the platform for the new, and the next generation can be the best promoter of tradition.

The final step to managing conflicts is to build the organisational structures, along with their rules and tools, that will support and enable the required changes in behaviour. Changing organisational structures and rules can in itself bring about conflict, and technology can further exacerbate conflict, so it needs to be handled carefully. The pandemic has not only forced all types of companies to communicate in a climate of crisis, but also to use technology to communicate digitally in a time of great uncertainty. So while many companies did not necessarily choose to actively adopt technology to specifically handle communications while in conflict, the by-product is that being forced to accelerate the use of technology has brought about many procedural changes which help manage the company’s communications in conflict situations.

With the rapid adoption of technology, new ways of communication developed in multigenerational companies, which are by definition often geographically widespread. Companies had to quickly adapt, and they are now seeing the benefits of using the technology. Initially, the requirement to use technology shone a light on the distinction between the family members that were most active in the company and those that weren’t. The people most active in the business were under huge pressure to make quick decisions with little information available, in a scenario that was rapidly and continuously changing. The family members that were previously less active in the company were worried about the situation, from both a business and a family perspective, and needed to be kept informed and have a forum in which to ask questions and seek information.

Technology shaped the dynamic between the more and the less active family members. The active members were provided with a platform in which they could share weekly or biweekly updates, even just a few lines, communicating what decisions had been made, and what decisions were in the process of being made. This transparency in turn helped build the trust between family members.

Moving forward, technology has helped increase involvement in family businesses. Shareholder meetings were forced to move to a virtual platform, and so people that may not have previously attended began to get involved and the meetings were more inclusive.

So while initially forced into the use of technology, the benefits that were quickly demonstrated have helped family organisations embrace the tools and cement their use moving forward in the business. Clear rules could be established, such as different virtual ‘rooms’ for different types of participation, clear tracking for documentation sharing and signing, and the creation of defined teams with rules of engagement. Technology in and of itself is just a tool rather than a conflict resolution solution, and so the human element of the organisation could not be overlooked. But with the sheer speed, scalability and usability of a well-designed and implemented technology platform, the technology itself has helped engender the required behavioural changes that are often hardest to implement in organisations.

Technology can bring about transparency, which and in turn further fortifies the trust building already being carried out through small actions, exploring common ground with family members and reframing problems through the anchor of family tradition joining the old and new. Organisations can now prepare and equip themselves to engage in healthy conflict in a productive rather than destructive way, supported by tools, for a shared perspective in achieving goals for the greater good of the organisation as a whole.

10 Ways to Catapult Your Family Communication Through Succession 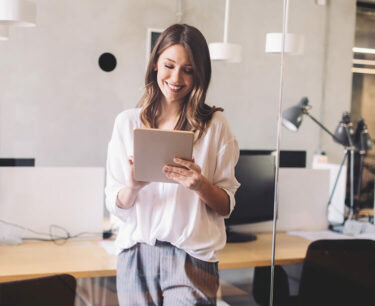 Request a Personalised Demo
We use cookies on our website to give you the most relevant experience by remembering your preferences and repeat visits. By clicking “Accept”, you consent to the use of all the cookies.
In case of sale of your personal information, you may opt out by using the link Do not sell my personal information.
Cookie settingsACCEPT
Manage consent

Analytical cookies are used to understand how visitors interact with the website. These cookies help provide information on metrics the number of visitors, bounce rate, traffic source, etc.

Advertisement cookies are used to provide visitors with relevant ads and marketing campaigns. These cookies track visitors across websites and collect information to provide customized ads.

Performance cookies are used to understand and analyze the key performance indexes of the website which helps in delivering a better user experience for the visitors.

Undefined cookies are those that are being analyzed and have not been classified into a category as yet.

Other uncategorized cookies are those that are being analyzed and have not been classified into a category as yet.