Everything you need to manage your information, communication, and stakeholders. It scales with the complexity of your organization.

Trusted Family employs gold-standard best practices for securing all user information, data, and documents, to put your security at the forefront of our business.

The Trusted Family platform offers all the tools you need to manage meetings, workflows, sensitive information, and communication between family members.

From Trusted Family to Alyn: A Sneak Peek of Our New Platform
Library
Customer Stories
White Papers
E-Books
Knowledge Base

Nine Months In: How Family Businesses Have Adapted During the Pandemic

BanyanGlobal Family Business Advisors surveyed owners of family businesses and offices across the globe in both March and November 2020. In each survey, we heard from approximately 190 respondents from six continents representing more than 25 industries. We are pleased to share initial insights from this work – focused on the overall pulse of the sector, how owner responses have evolved since the beginning of the pandemic, and owner outlook for the future.

Albert Einstein once said, “In the midst of every crisis lies great opportunity” and that seems to hold true for this sector. From April to November, the number of family businesses who noted a positive impact from the crisis on their business rose from 6% to 18%. Couple that with a decrease from 4% to 0% of those responding that their business was in danger of failing and you begin to see a silver lining to the pandemic, despite the challenges many business families faced.

Turning attention to family relationships, the data shows a normal-like distribution with only slightly more people indicating the crisis had a negative impact on family relationships than those who acknowledged a positive impact. Looking more deeply, it appears that the crisis has served more as an amplifier of the status quo than an event that damaged relationships. This sentiment was best captured by one of our respondents who shared, “We have seen the fruits during this difficult year of many years of work and attention.”

How owner responses have evolved

Life certainly has changed since the onset of Covid-19 in March of this year. In the harrowing first few months, many things changed in the world of family business. As the world has stabilized, so too have certain elements of the sector. For instance, the percentage of respondents looking to acquire new businesses has held relatively steady (from 17% in April to 20% in November), as has the number of those looking to bring in new equity capital (3% to 6%). The same can be said for owners’ involvement in decision making, with 45% indicating more involvement in April and 53% doing so in November.

There were, however, several areas of adjustment in owner response during the last few months. Most notably, fewer owners are choosing to preserve capital to survive the pandemic – with a decrease in the percentage of respondents delaying capital expenditures (42% down from 61%), reducing salaries and benefits (28% from 34%), and furloughing employees (24% from 32%). To fund these uses of cash, more owners are choosing to dig into their own pockets, primarily by reducing dividends (33% of respondents in November, up from 30% in March). As one of our respondents says, “we’re just trying to make it to the other end of the pandemic, when we expect a huge opportunity to present itself.”

Beyond financials, the pandemic appears to have increased communication among the owner group with 54% of respondents indicating that they are communicating more frequently than at the beginning of the pandemic, when communications were already up 54%! The pandemic also raised awareness about the need to support remote workers, to manage the relationship between those owners working in the business and those who do not, and to “value the variety of talents among us rather than trying to replicate only certain skills.”

Looking to the future

Despite all of the challenges wrought by the pandemic, the sector has an increasingly positive outlook. Not only are fears subsiding about loss of revenue (13% not concerned at all, up from 2%) and a need to sell the business (72% not concerned, up from 56%). But owners are expecting to accrue benefits from the ordeal, with 68% expecting to enjoy more efficient operations and 50% appreciating the learning opportunities provided to the next generation. Perhaps the most important indicator? Hiring appears to be back, as the percentage of respondents indicating that they are looking to do so has increased from 5% in March to 19% in November.

Watch this webinar as we take you through the specifics of this study and more such insights from family businesses globally.

10 Ways to Catapult Your Family Communication Through Succession 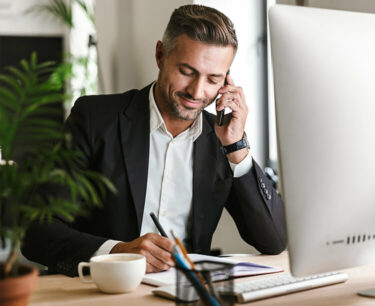 Request a demo
We use cookies on our website to give you the most relevant experience by remembering your preferences and repeat visits. By clicking “Accept”, you consent to the use of all the cookies.
In case of sale of your personal information, you may opt out by using the link Do not sell my personal information.
Cookie settingsACCEPT
Manage consent

Analytical cookies are used to understand how visitors interact with the website. These cookies help provide information on metrics the number of visitors, bounce rate, traffic source, etc.

Advertisement cookies are used to provide visitors with relevant ads and marketing campaigns. These cookies track visitors across websites and collect information to provide customized ads.

Performance cookies are used to understand and analyze the key performance indexes of the website which helps in delivering a better user experience for the visitors.

Undefined cookies are those that are being analyzed and have not been classified into a category as yet.

Other uncategorized cookies are those that are being analyzed and have not been classified into a category as yet.